Interview with Lucy Claridge on Increasing Access to Justice for Minorities

Earlier this month, I had the pleasure of interviewing the Head of Law at Minority Rights Group: Lucy Claridge. Lucy oversees the legal cases program and focuses on strategic litigation to promote the rights of minorities and indigenous groups all over the world. In addition to having served as the Legal Director at the Kurdish Human Rights Project, she’s also been the Deputy Director of the London-based British Irish Rights Watch. Her casework even includes the landmark Endorois decision on indigenous land rights in Kenya before the African Commission on Human and Peoples’ Rights! 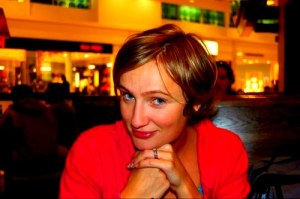 How well do you think the justice and security sector address and incorporate training’s on marginalized ethnic minorities into their programs?

In the states where I work, these are not incorporated very well at all. It’s something we’re working on ourselves within our own programs. We have scheduled some judicial trainings for high level judges and lawyers in a number of states: Bosnia, Uganda, and Tanzania. Unfortunately, I don’t think those that work in the justice sector are very well aware of all the problems that various marginalized groups face, particularly minorities and indigenous peoples.  Their lack of understanding is caused by – but also contributes to – institutionalized prejudices against marginalized groups within society and often results in a lack of access to justice on a domestic level.

Of course, some states are better than others in this respect, and have more progressive laws. For example, some states have hate crime legislation and some states have anti-discrimination laws, but largely there’s a lack of awareness of these laws and so they’re not implemented in practice. The laws are not used by those who would benefit from them or those who suffer from hate crimes or just general discrimination. They’re also not used by lawyers. There’s an institutionalized inertia around protecting the rights of minorities and the most marginalized.

What are ways that donors and practitioners could better incorporate this focus into their programs?

Donors can provide funding and objectives within their own programs to train practitioners, lawyers, judges, ombudsmen, police, policymakers, government officials, ministry of justice, and  attorney generals to understand better the situation of minorities and indigenous peoples. There’s a role for NGOs: we can implement those programs and set up law clinics and train practitioners ourselves. We currently have an innovative program in Bosnia, for example, funded by the EU.

Why do you think there’s no focus on ethnic minorities in rule of law programs?

There will be a number of reasons.  Firstly, there will be political reasons. If you look, for example, in a state like Kenya, or Tanzania, or Bosnia, in fact in many of the states where we work, ethnic divisions are relied upon and exploited in order to garner political support.  This happens in every state to some extent, but in countries where there are particular ethnic tensions; ethnicity will play a big role in driving the power behind politics.

In addition, many states want to keep the most marginalized at bay, because they fear (inappropriately), that if they give them more rights, then this gives them too much power, and this will only lead to them asking for other rights. Governments often want to keep the most repressed, repressed. Obviously the reverse effect of that is if you’re repressed, you’re going to keep fighting for your rights. Yet if you’re included within a society, in terms of public participation, provision of basic services, education, health, freedom of speech, and access to justice, you will be and feel, less repressed and conflict is less likely to result.  It’s a misjudged conception, that if you give minority groups a set of rights, then this will lead to conflict and tension.Often, all they are trying to seek, is equality.

What are some of the long-term implications of the justice and security sector not including trainings on ethnic minorities into their programs?

The denial of minority rights is at the root of many conflicts. If you deny minorities their rights, if you fail to recognize their ethnic, religious and linguistic identity and alienate them from mainstream society, this will create conflict. The way those ethnic tensions play out politically means it can give rise to either internal or international conflict (see for example MRG’s report Minority Rights: The Key to Conflict Prevention).  A state that enhances and secures minority rights, is actually employing a conflict prevention tool in itself.

From your experience, what have been some positive ways the justice or security sector has been inclusive of the needs of ethnic minorities and indigenous people on an international level?

In terms of international justice, there have been a lot of very positive decisions around the world that have enhanced the rights of minority and indigenous people. In terms of indigenous land rights, there’s the Endorois decision.  We now have a case pending before the African Court of Human and Peoples’ Rights on behalf of the Ogiek against Kenya, due to be heard very soon, which also seeks protection and recognition of the Ogiek’s land, cultural and religious rights, their rights as an indigenous people, and associated right to livelihood issues.

On political rights, in another MRG case, the European Court of Human Rights declared that Bosnia’s constitution was in violation of the European Convention on Human Rights because it completely disenfranchised a sector of Bosnian society in failing to allow them to stand for election to the Presidency, or the House of Peoples (a branch of Bosnian Government) as a result of their ethnicity.

There are also many positive decisions within the Inter-American system recognizing indigenous peoples’ rights, as well as some great domestic decisions, for example in South Africa, Australia and Belize.

The problem is the justice sector can provide these remedies but then communities have to seek their implementation. The Endorois decision is a fantastic precedent but it hasn’t been implemented. The Endorois still haven’t been compensated for their land restituted to them. The Finci decision is a great decision against Bosnia regarding Article 1 of Protocol no 1 of the European Convention (the stand-alone right to non- discrimination), but Bosnia has not implemented it and has not changed its constitution.

You’ve also led training’s and workshops on minority and indigenous rights in developing countries. If money and resources weren’t a barrier, what is one thing you would do differently to promote access to justice for ethnic minorities?

The first thing is to ensure better coordination. There are many international, national, and non-governmental actors doing in-country work on promoting access to justice via trainings but they’re not particularly coordinated. So they may not incorporate an indigenous and minority perspective. Secondly, more resources are needed.  After trainings and events themselves, we get calls from very satisfied participants and they want to do follow up trainings, so they can train their colleagues or fellow activists or community members, but we don’t have the resources to do that.  It would be great to have proper resources to conduct trainings for an extended period of time and create discussion groups and back things up long-term because the desire is clearly there.

This entry was posted on April 15, 2014 by Christina in Interviews and tagged Bosnia, Indigenous Rights, Kenya, minority rights.