Recently, USAID released a report titled “Impact Evaluation of Supporting Traditional Leaders and Local Structures to Mitigate Community-Level Conflict in Zimbabwe.” The publication discusses results from a survey conducted in two rural districts where traditional leaders were trained in human rights and mediation skills (with a special emphasis on gender rights). Interestingly, the report also points out that while major donors have trained traditional leaders in a variety of countries, this is the first time an impact evaluation was conducted to systematically study the program. Check out excerpts below! 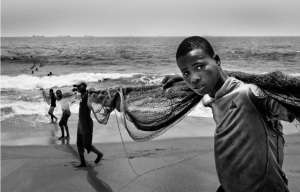 Purpose of the Training Program

The project was motivated by pervasive tensions and violence at the community level, which many observers have attributed to the growing politicization and partisan behaviors of traditional leaders as well as their inability to deliver justice impartially. This project targets traditional leaders because they are recognized as strategic agents of change at the community level. Per Zimbabwean law, they hold responsibility for good governance, land issues, and the resolution of civil disputes.

The premise behind the project is that many traditional leaders have been susceptible to coercion due to gaps in knowledge and skills. According to the IRC’s inception document, “If traditional leaders clearly understand their roles and responsibilities under the law and possess knowledge and skills in conflict dynamics and mitigation, then they will be more likely to perform their roles impartially and resolve conflicts peacefully in the community.”

The IRC’s programming was initially hypothesized to have four broad effects:

In addition to studying the effectiveness of training village heads, the study examines whether training is more effective if structured in a way that creates social pressure on traditional leaders to change their behavior. It is possible that providing information on the proper roles and responsibilities of traditional leaders to these leaders alone would not be sufficient to change their behaviors.  However, providing this information to village heads and other community members simultaneously would create an expectation that traditional leaders put into practice the information learned and produce a degree of accountability.

Past Impact Evaluations on Capacity Building

One recent impact evaluation in Liberia suggests that training workshops may not be very effective in initiating behavioral change. This study will contribute to this nascent literature, providing evidence on the extent to which capacity building in the area of traditional justice is effective, and whether the effectiveness of the capacity building depends on who is being trained.

Impact of Training on Good Governance & the Law

Training Village Heads & Community Leaders: In contrast, the results shows the effect of the “training plus horizontal pressure” variant in which both village heads and community leaders were trained. The total effect of training both leaders is consistently positive, and the effect on the village head’s knowledge is statistically significant at the 95 percent confidence level.

Reducing Conflict Surrounding Elections: The IRC’s programming was also particularly concerned with reducing conflict surrounding elections. However, it was not possible to ask a direct question about this on the survey. Instead, the survey included a survey experiment to measure cases of threats of violence against supporters of particular political parties. Interestingly, although training the village head by him or herself has little effect, training community leaders and village heads has a moderate positive effect on the proportion of the population that is aware of threats of political violence; this effect is statistically significant at the 95 percent confidence level. Furthermore, the difference in the effects of the two training variants on political intimidation is statistically significant at the 95 percent confidence level.

Political Intimidation: Training village heads and community leaders appears to correspond with higher levels of political intimidation (statistically significant at the 95 percent level) and might have slight  negative effect on social trust.

Impact of Training on Decisions by the Village Head

First, we consider the effect of the different training variants on the procedures by which village head’s make decisions. The results confirm that training village heads alone had little effects on good governance – this treatment increased consultation with resource management committees, but its effect on the other procedural outcomes were statistically insignificant and even negative in some instances. However, when community leaders were trained alongside village heads, the training sessions results in changes in decision-making procedures and, in particular, greater consultation of women and other community organizations. Thus, this additional analysis confirms that the “training plus horizontal pressure” training variant had procedural effects.

Did these procedural changes make village heads more or less effective in exerting authority within his (or her) community?

Specifically, village heads exposed to this training variant were more likely to strongly agree with the statement that most people in the village were influenced by their opinions. However, they were also less likely to think that all groups in the village respected their authority and all groups in the village took their disputes to their dare. The training made them believe their influence had increased among the village majority, but also drew attention to divisions within their community and the existence of minorities within the community who did not respect their authority.

Impact on Community’s Understanding of the Laws

In order to better understand the degree of change in these different outcomes and the mechanism by which community leaders affected the impact of the training sessions, we conducted qualitative research in ten villages in May and June 2014.

Sustaining Legal and Procedural Knowledge in the Community

Reassuringly, we find the legal and procedural improvements measured in the follow-up survey have persisted in this small sample of villages. Village heads still answered the legal knowledge question we posed to them correctly. The increase in the number of women on the village head’s dare caused by the community leader variant of the training sessions has also persisted. Finally, the fees charged by the village head remained lower in villages where a community leader had been trained.

Depth of the Procedural Changes

But how deep are the effects of these procedural changes? Has the inclusion of women on the village dare made the village head consult them more often? Is there really greater transparency in these villages? In order to assess this, we constructed behavioral measures of consultation and transparency based on direct observation in meetings and on a comparison of responses given to the same question by leaders and citizens in different settings.

Women were no more likely to participate in the ensuing discussion, and people were no more likely to contradict the village head. Furthermore, in the focus group discussions organized by the village head in these villages, respondents were less likely to express critical opinions; this is even though the focus groups with a random sample of people in these villages were as critical as their counterparts in the villages exposed to the other variant of the treatment, suggesting there was not greater satisfaction with the system of governance in these communities. This suggests village heads trained alongside community leaders have not become deeply committed to inclusive and consultative governance; in fact, village heads exposed to this treatment may have become savvier about surrounding themselves with people of similar views, choosing family members and people who do not express critical views to attend meetings.

Interestingly, in communities in which a community leader was trained, we found that were more willing to express dissenting and critical views in public in our focus groups, even though they were not more dissenting or critical in private during the follow-up survey. This suggests the higher levels of social distrust in these villages is, at least in part, a function of respondents’ greater willingness to express critical and minority views on contentious topics. There may not be greater latent social divisions in these villages.

This entry was posted on March 11, 2015 by Christina in General, Reports.