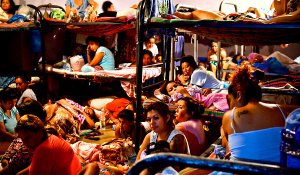 In many countries around the world, pretrial detention and overcrowded prisons are a challenge that plagues modern day reformers. Indeed, there are a variety of efforts within the rule of law sector to assist prison officials by providing legal aid to detainees, building new prison facilities, and conducting pretrial hearings. While these efforts are certainly needed, I’m curious to know how much effort has gone into innovating a whole different type of prison system that addresses the cause rather than the symptom of issues found in transitioning and post-conflict countries. A recent article I came across discusses how the Scandinavians have constructed a new prison system that challenges (successfully it seems) some of the underpinnings of the American system.

I found it enlightening, because as my recent interview with Dr. Lubkemann points out, “lawyers or other policymakers lacking any experience in the local context, will tend to assume that things operate the same way things do in their own society. They’ll implicitly fill in the experience gap with their own experience.” So my question is when we assist in prison reform, are we doing so in a way that incorporates the values of other cultures that seek restorative or other types of justice, or are we engaging in reform that reinforces our own punitive notions of justice.

Suomenlinna Island has hosted an “open” prison since 1971. The 95 male prisoners leave the prison grounds each day to do the township’s general maintenance or commute to the mainland for work or study. Serving time for theft, drug trafficking, assault, or murder, all the men here are on the verge of release. Cellblocks look like dorms at a state university. Though worse for wear, rooms feature flat-screen TVs, sound systems, and mini-refrigerators for the prisoners who can afford to rent them for prison-labor wages of 4.10 to 7.3 Euros per hour ($5.30 to $9.50).  With electronic monitoring, prisoners are allowed to spend time with their families in Helsinki. Men here enjoy a screened barbecue pit, a gym, and a dining hall where prisoners and staff eat together. Prisoners throughout Scandinavia wear their own clothes. Officers wear navy slacks, powder-blue shirts, nametags and shoulder bars; but they carry no batons, handcuffs, Tasers or pepper-spray.

One might wonder just where is the “prison” part of this Scandinavian open prison. Where are the impenetrable barriers? The punishing conditions that satisfy an American sense of justice?

First, an important caveat: Nordic prisons are not all open facilities. Closed prisons here date to the mid-19th century, copied from Philadelphia’s Eastern State, or New York’s Auburn, back when those prisons represented models of humane treatment. To an American eye, these prisons look like prisons: 10-meter walls, cameras, steel doors. I’ve heard men describe Scandinavian closed-prison conditions in ways that echo those of the American prison where I have led a writing workshop since 2006: officials intent on making life onerous, long hours in lockup, arbitrarily enforced rules.

Yet inside the four high-security prisons I’ve visited in Denmark, Norway, Sweden and Finland, common areas included table tennis, pool tables, steel darts, and aquariums. But the most profound difference is that correctional officers fill both rehabilitative and security roles. Prison staff will help you with free-world social services to cover a missed month’s rent on your family’s apartment. Another will help you look for work, or for the next stage of education. Each prisoner has a “contact officer” who monitors and helps advance progress toward return to the world outside—a practice introduced to help officers avoid the damage experienced by performing purely punitive functions: stress, hypertension, alcoholism, suicide, and other job-related hazards that today plague American corrections officers, who have an average life expectancy of 59.

How Prison Systems were Constructed

This is all possible because, throughout Scandinavia, criminal justice policy rarely enters political debate. Decisions about best practices are left to professionals in the field, who are often published criminologists and consult closely with academics. Sustaining the barrier between populist politics and results-based prison policy are media that don’t sensationalize crime—if they report it at all. And all of this takes place in nations with established histories of consensual politics, relatively small and homogenous populations, and the best social service networks in the world, including the best public education.

Northern Europe’s closed facilities operate along the lines of humanism that American prisons abandoned early, under a host of pressures — such as overcrowding, the push to make prisons profitable by contracting out collective labor, the use of unpaid prisoners as private farmhands, and, since 1973, the rise of an $80 billion mass incarceration industry. There is also the matter of scale. The prison population of Sweden (6,900) is less than half the population of Rikers Island at its height (14,000). Several prisons in the U.S. each hold nearly twice the prison population of Finland. This is not simply the difference between large and much smaller countries. U.S. incarceration rates are the highest in the world, about 10 times those throughout Scandinavia, which are among the world’s lowest. 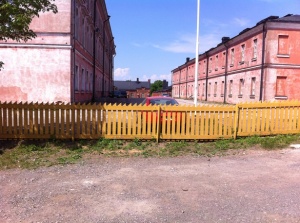 There’s certainly a tipping point at which smaller numbers of prisoners allow for a different quality of prison practice. But the issue here is the instinctive, visceral fear of prisons and prisoners. It is about basic assumptions regarding what states must do to people who violate the law, not only in order to secure the safety, but to satisfy the sense of justice, of law-abiding citizens.

Decades of research show that incarceration and crime rates in the U.S. bear no fixed relationship. Between 1999 and 2009, for example, New York shrank its prison population by 20 percent while crime rates dropped by 29 percent; from 2000 to 2010, Indiana increased its prison population by 45 percent and reduced its crime rate by .08 percent. In the 1950s, Finland made the decision to lower its incarceration rates in line with Scandinavian norms; it shrank that rate by 75 percent across periods of both rising and stable crime. Prison size is not determined by crime rates but by what states decide to treat as crimes, how much punishment the public demands, and, in the U.S. today, how successful the prison industry is in fomenting this demand. And all of these factors are determined by whom voters imagine this punishment landing upon.

The Role a Homogeneous Population Plays in Humanizing Prison Systems

In 1993, Norwegian criminologist Nils Christie (a major influence on Scandinavian penal policy) concluded that the more unlike oneself the imagined perpetrator of crime, the harsher the conditions one will agree to impose upon convicted criminals, and the greater the range of acts one will agree should be designated as crimes. More homogeneous nations institutionalize mercy, which is to say they attend more closely to the circumstances surrounding individual criminal acts. The opposite tendency, expressed in mandatory sentencing and indiscriminate “three strikes” laws, not only results from, but widens social distance. The harshness of the punishment that fearful voters are convinced is the only thing that works on people who don’t think or act like them becomes a measure of the moral distance between these voters and people identified as criminals.

Scandinavian prisons are roughly as racially and ethnically homogeneous as American prisons: 70 percent of Nordic prisoners are ethnically white citizens; the other 30 percent are foreign-born (mostly from other EU countries). In U.S. prisons, ethnic and racial minorities make up over 60 percent of the population. The difference is that the majority of Scandinavian prisoners look like the majority—including the voting majority—outside.  Laws, enforcement policies, and prison practices are those that the majority of citizens assume would work for themselves. Whatever other differences may exist between law-abiding families and people convicted of crimes, the prison system itself does not seek to widen the social distance between them.

Prison Systems in the US Institutionalize Poverty

Author Kenneth E. Hartman has lived inside California prisons for over three decades. In an essay in the forthcoming book, Fourth City: Essays from the Prison in America, he speaks to why that system sees 75 percent of all repeat parolees back within three years:

Most prisoners are uneducated, riddled with unresolved traumas and ill-treated mental health problems, drug and alcohol addictions, and self-esteem issues far too often bordering on the pathological. The vast majority has never received competent health care, mental health care, drug treatment, education or even an opportunity to look at themselves as humans. Nothing else works is not a statement of fact; it is the declaration of an ideology. This ideology holds that punishment, for the sake of the infliction of pain, is the logical response to all misbehavior.

Convicted criminals bring to prison issues that devolve directly from poverty and poverty’s traumatic fallout: broken and abusive homes, communities and schools; mental illness, alcoholism, and addiction.  Rather than remediating the effects of these issues, prisons tend to institutionalize them.

[In Scandinavian countries] Judges and prosecutors are unelected professionals who are under political pressure only to minimize prison populations. “The punishment is the restriction of liberty; no other rights have been removed,” reads a fact sheet on criminal services in Norway. “During the serving of a sentence, life inside will resemble life outside as much as possible. You need a reason to deny a sentenced offender his rights, not to grant them. Progression through a sentence should be aimed as much as possible at returning to the community. The more closed a system is, the harder it will be to return to freedom.”

This entry was posted on October 10, 2013 by Christina in Innovative Programs and tagged Prison, Scandinavia.